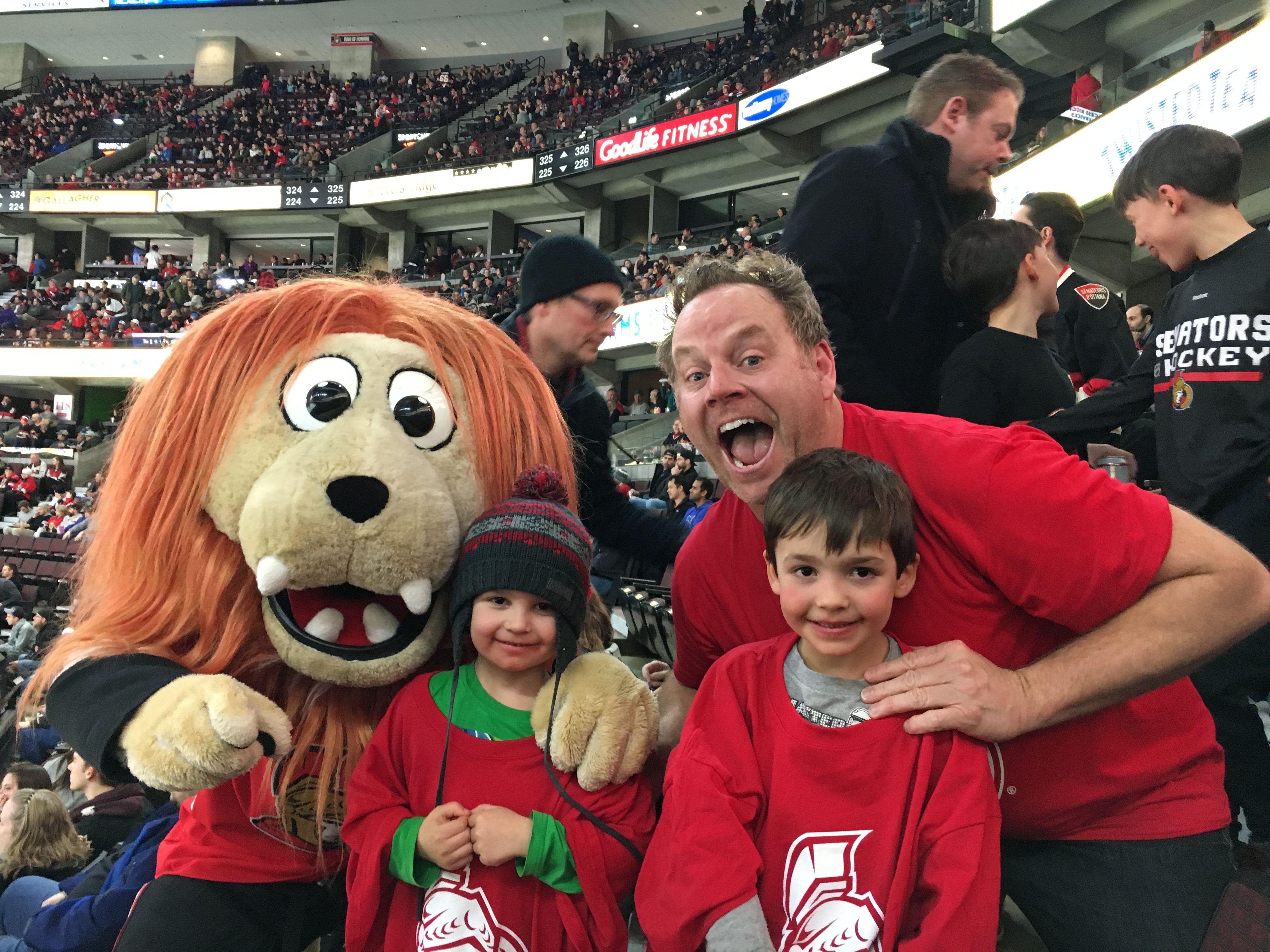 Cameron Hughes has one of the most unique jobs in the world.   He is paid by sports teams and organizations to bring cheer and energy to their events.

It all started twenty-seven years when Hughes was attending an Ottawa Senators game.   The game was somewhat lack lustre and the fans weren’t very responsive.

Hughes decided to take matters into his own hands, jumped up on to his seat and started dancing.  Soon enough, the crowd was watching Hughes’ antics, and everyone was cheering.   The Sens did not win the game but at least everyone had fun.

Hughes parlayed his one game success into a steady gig with the Ottawa Senators.  This led to cheer jobs with other hockey teams including the Sens archrival, Toronto Maple Leafs.

Since then, Hughes has not looked back.   He has worked major sporting events including the Grey Cup, 2010 Olympics and the NBA Finals.  He has had countless unique experiences including dancing with tennis legend,  Novak Djokovic at the U.S Open and being featured on ESPN.

Hughes has branched off into non-sporting events as well adding hosting the Montreal Just for Laughs festival and being a motivational speaker in high schools.

He also recently published a book, King of Cheer, chronicling his adventures around the world.   The book is much more than just a retelling of visiting sports arenas or celebrity encounters.  Hughes is very open about his own struggles with ADHD.   He also shares what it was like to lose his mom to breast cancer at a young age.

More than anything, the book is an inspirational story.   Hughes is a living example in the power of taking risks.   His motto is show up, get up, never give up.   Not a bad message during this time of Covid.

For more information about Cameron Hughes, check out his website at www.cameronhughes.tv.