Home » Staff blogs » We Still Demand: A History of 2SLGBTQ+* Rights and Activism in Ottawa – Part 1

We Still Demand: A History of 2SLGBTQ+* Rights and Activism in Ottawa – Part 1

To celebrate Capital Pride 2021, OPL welcomes guest blogger Glenn Crawford. This is Part 1 of his blog series “We Still Demand: A History of 2SLGBTQ+* Rights and Activism in Ottawa”.

Before Liberation: Secret Lives and The Purge

On August 28, 1971, a small group of anywhere from 40 to 100 people gathered on Parliament Hill to stage the first ever queer rights demonstration in Canada, now known as the ‘We Demand’ demonstration. What was life like for 2SLGBTQ+ people in Canada before this historic day, and what was this fledgling community demanding?

While many Indigenous cultures accepted different types of sexual and gender expressions, colonialization from European countries brought with them hostility and prejudice against trans- and homosexuality. Homosexuality, illegal in Canada until the late 60s, meant anyone suspected or discovered to be gay or lesbian could face significant jail time, and when ‘outed’ within mainstream society, could lose their jobs, families, friends, housing, and quite possibly, would be at risk of being assaulted or even murdered.

Queer women, if discrete, were frequently better able to remain hidden and accepted within mainstream society than queer men, as sex between women was, by many, believed to be impossible or not really a sexual activity at all. Charlotte Witton, Ottawa’s first woman Mayor (1951-1956; 1961-1964), had lived with her partner, Margaret Grier, until Grier’s death in 1947, but was able to reach the pinnacle of municipal politics nonetheless, remarkable in a society still very much hostile or prejudiced to women and queer people. 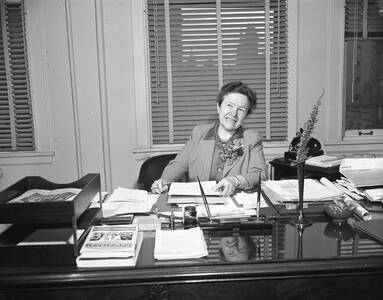 The move to decriminalize some homosexual activity was championed by then-Justice Minister, Pierre Elliott Trudeau, after a notorious decision in 1967 by the Supreme Court of Canada to uphold the guilty verdict of Everett George Klippert. Klippert had been convicted of engaging in consensual homosexual activity and labeled as a ‘dangerous sexual offender’. His case led directly to the decriminalization of consensual and private homosexual acts in 1969, however, Klippert remained in prison unjustly until 1971.

With oppression coming from all sectors of society, self-loathing, denial, and suicide was common. Queer people often chose to marry and deny their same-sex attraction or gender identity simply to be accepted. The few spaces to gather such as underground gay bars–usually located in the Byward Market, clustered around Elgin or Bank Streets, or in Hull across the river—were frequently in rough and dangerous neighbourhoods and run by mafia.

2SLGBTQ+ people living in Ottawa faced another unique challenge – The Purge. Suspicions of homosexuals and trans persons were high during the Cold War, as it was erroneously believed that they could be blackmailed by Communists to turn over state secrets rather than being exposed. Ironically, this misguided assumption actually led to blackmailing by the government and the RCMP to force suspected homosexuals to confess and name others. One such person was Paul Fournier, better known as Peaches Latour, Ottawa’s most famous drag queen at the time. Fournier was brought in by the RCMP in the late 1960s and shown dozens of photo books filled primarily with snapshots of men suspected to be gay, but he refused to betray his friends and community by identifying them.

The RCMP had another way to try to catch homosexuals in the government with an invention known derisively as ‘The Fruit Machine’. Developed in the 1960s by Carleton University professor Dr. Frank Wake, the machine attempted to record pupil dilation response when subjects were shown various photos from the mundane to the pornographic. The machine’s ‘science’, however, was flawed, as pupils naturally dilate or contract when light brightness changes from flashing projections of images, and it was quickly abandoned as ineffective. 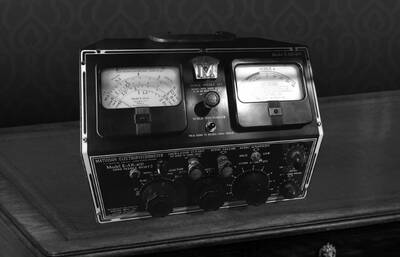 Example of a machine similar to the ‘Fruit Machine’, as seen at the Canadian War Museum. Photo credit: Glenn Crawford

Decriminalization, however, did little to change human rights violations or societal acceptance of queer people. The Purge carried on until well into the 90s. In 1975, Warren Zufelt committed suicide after his name, address, phone number and place of work was published in several local papers in relation to an escort service scandal. Mothers would lose custody battles in divorce court if accused of being a lesbian and would be allowed no further contact with their children. Clearly, more work needed to be done, and inspired by the women’s rights and civil rights movements, as well as the Stonewall Riots in 1969 in the United States, small 2SLGBTQ+ activist organizations began to form in several cities across the country.

Living in Ottawa for over 40 years, and a new Gatineau resident, Glenn Crawford is proud to call the National Capital Region home and has been actively involved in the queer community for over 15 years. He acted as chair of the Village committee from 2006 to 2012—when, among other achievements, Village street signs were successfully installed along Bank Street, officially designating the area as Ottawa’s queer village. Crawford was elected as the 2010 Capital Pride grand marshal and awarded the 2007 Hero Award for Community Activist of the Year. Since 2016, he has been the researcher and developer of the Village Legacy Project on behalf of the Bank Street BIA, creating a Web site [www.villagelegacy.ca] and mobile app on the history of Ottawa’s 2SLGBTQ+ movement. A self-employed Web and graphic designer for over 18 years, Crawford also created public art for the Project, including a set of 40 banners honouring community leaders that were unveiled in 2018.