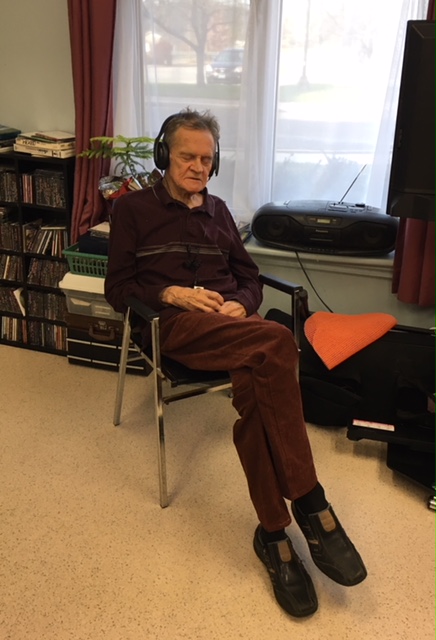 Staff from the Alzheimer's Society Day Program will set up clients with music on an MP3 player during rambunctious and loud activities that may cause anxiety and aggression with certain clients. This has proven to keep clients happy and calm.

If you had to make a soundtrack of your life, what would be on it? And if, toward the end of your life, your mind and memories were fading away, would this soundtrack help bring them back? The Alzheimer Society’s Music Project provides personalized playlists on MP3 players to people with dementia and Alzheimer’s to reconnect them with the soundtrack of their lives.

Listening to personalized music can be a powerful activity for those with dementia or Alzheimer’s. Music has the potential to increase physical and social activity; reignite old memories; and improve sleep, mood, cognition, communication, and overall quality of life. Louise Noble, Executive Director with the Alzheimer’s Society, recounts the time she was showing a caregiver how to use the MP3 player for her husband. “When we put the earphones on her husband with dementia, who had not spoken a word in some time, pressed play and he suddenly states ‘I like this!’. His wife was stunned and filled with joy to see and hear such a reaction. This is the power of the Music Project”. 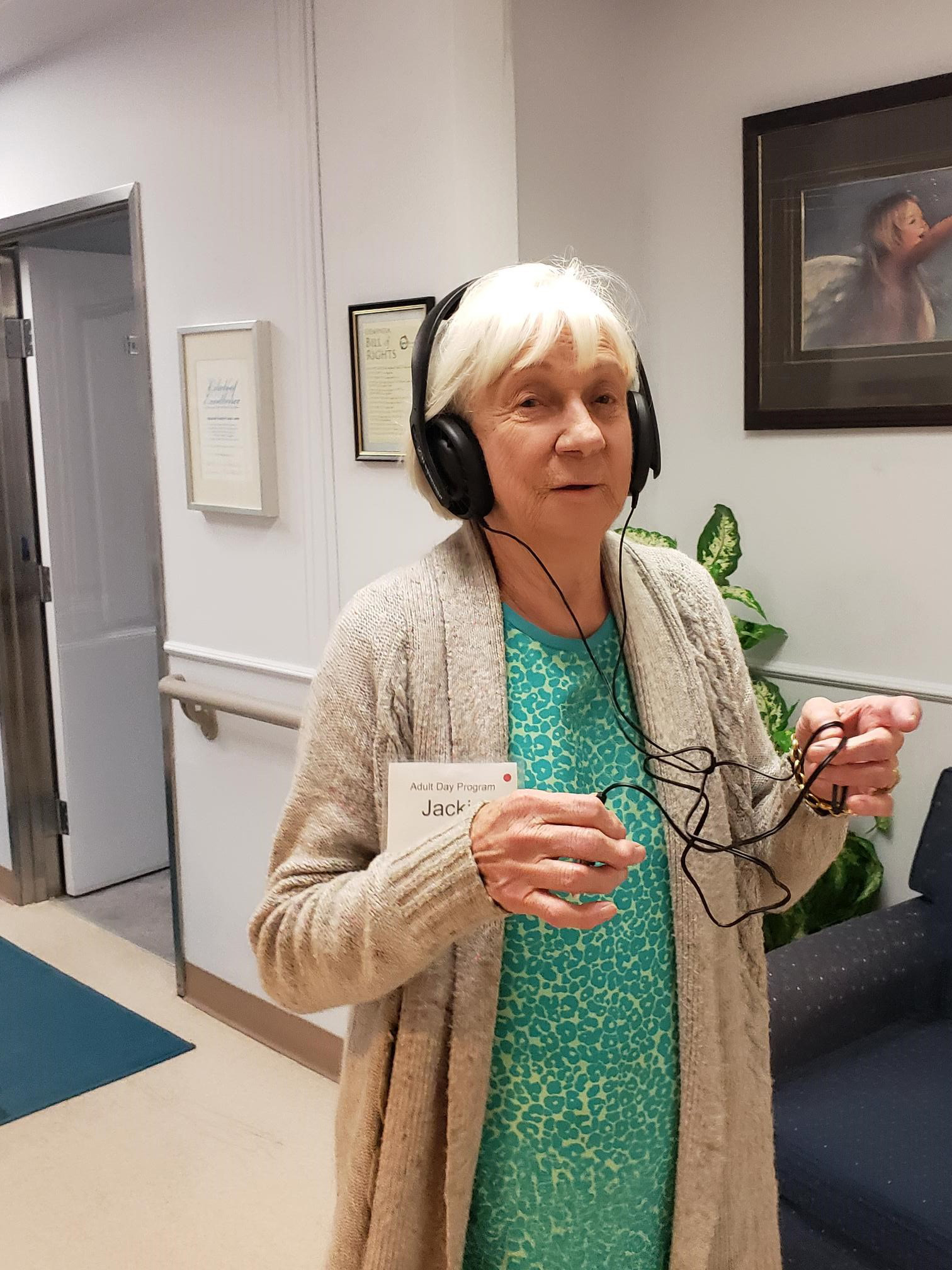 Family, caregivers and friends of a person living with dementia or Alzheimer’s can apply online to receive a personalized kit. Each kit contains one MP3 player with a charging cable, wall charger, over-the-ear headphones, and free music setup of personalized music for that person. Thanks to generous donations, the Alzheimer’s Society can purchase the music and devices to provide this service for free.

Amy Clements-Cortes and Lee Bartel from the University of Toronto researched the response to music therapy in their study Are We Doing More Than We Know? Possible Mechanisms of Response to Music Therapy. The study explores how: “Musical interventions with adults with cognitive impairments have received increased attention over the past few years, such as the value of personalized music listening in the [music] project for Alzheimer’s disease; music as a tool to decrease agitation and anxiety in dementia; and music to aid in episodic memory.”

Louise Noble: “a recently published study in the Journal of Prevention of Alzheimer’s Disease found that, the part of your brain responsible for what is called the Autonomous Sensory Meridian Response (ASMR) does not get lost to Alzheimer’s disease. Alzheimer’s disease tends to put people into layers of confusion and the study confirms that music can sometimes lift people out of the Alzheimer’s haze and bring them back to at least a semblance of normality, if only for short while.” She recounts a perfect example of this, when she watched a gentleman in one of the day programs get agitated during a rambunctious and louder activity: “Staff set him up with an MP3 player, he closed his eyes and his whole demeanor changed. He started tapping his foot and mouthing the words to the song in complete bliss. He was no longer anxious or agitated by the activities around him”.

Clements-Cortes and Bartel’s article emphasizes this point, saying that “Research has demonstrated that music interventions help to reduce agitation, aggression, irritability, restlessness, unwanted verbal behaviors and wandering in persons with Alzheimer’s disease. Persons with dementia exhibit these types of behaviors in response to something that is or is not in their environment. For example, a person may be agitated because he/she does not recognize their surroundings and does not feel safe. During these periods engaging the person in music, activating the mechanism of associated emotion or memory can help change their mood and emotions, while providing a feeling of connection to another and feelings of safety.”

Individuals in our community and across Canada have been revitalized through the simple experience of listening to music. If you are looking to reconnect your loved one with the soundtrack of their life, visit the Alzheimer Society Music Project’s website or contact them at (613) 224-1400, info@ottawarenfrew.alzheimeront.org