Of Birds and Bees 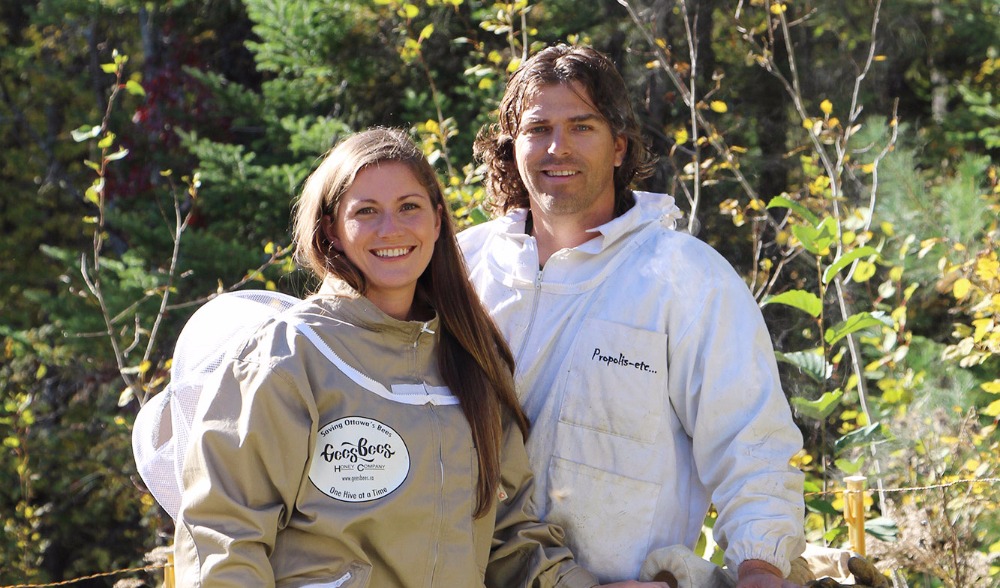 Some would say that Marianne and Matt Gee bought some bad roommates when, in 2009, they discovered 50,000 honeybees living in the wall of their new Ottawa home. That’s what several pest control operations thought when they called, wondering what they could do. They all offered to exterminate the colony, but the new homeowners had heard that the bee population was in trouble and decided to take matters into their own hands. Putting on a rain jacket, climbing up a ladder, and taking apart a wall to reach the bees, Matt Gee had no idea he was beginning a career in beekeeping.

The couples’ idea to cut out the honeycomb, put it in a cabinet, and then relocate the bees to the woods is a sign that there’s a growing awareness of honeybees’ plight. The population is dwindling, and the Gees have dedicated their business, Gees Bees, to furthering the public’s understanding of the complicated insect. They manage about 200 hives, more than half of them in the backyards of Ottawa residents who’ve opted to host a colony. The Gees visit on a biweekly basis to suit up with the hosts, do the dirty work, and teach them how to take care of the hive. At the end of each season, the hosts have the opportunity to buy the hive they’ve learned to care for and become beekeepers themselves.

Of Birds and Bees podcast
Transcription 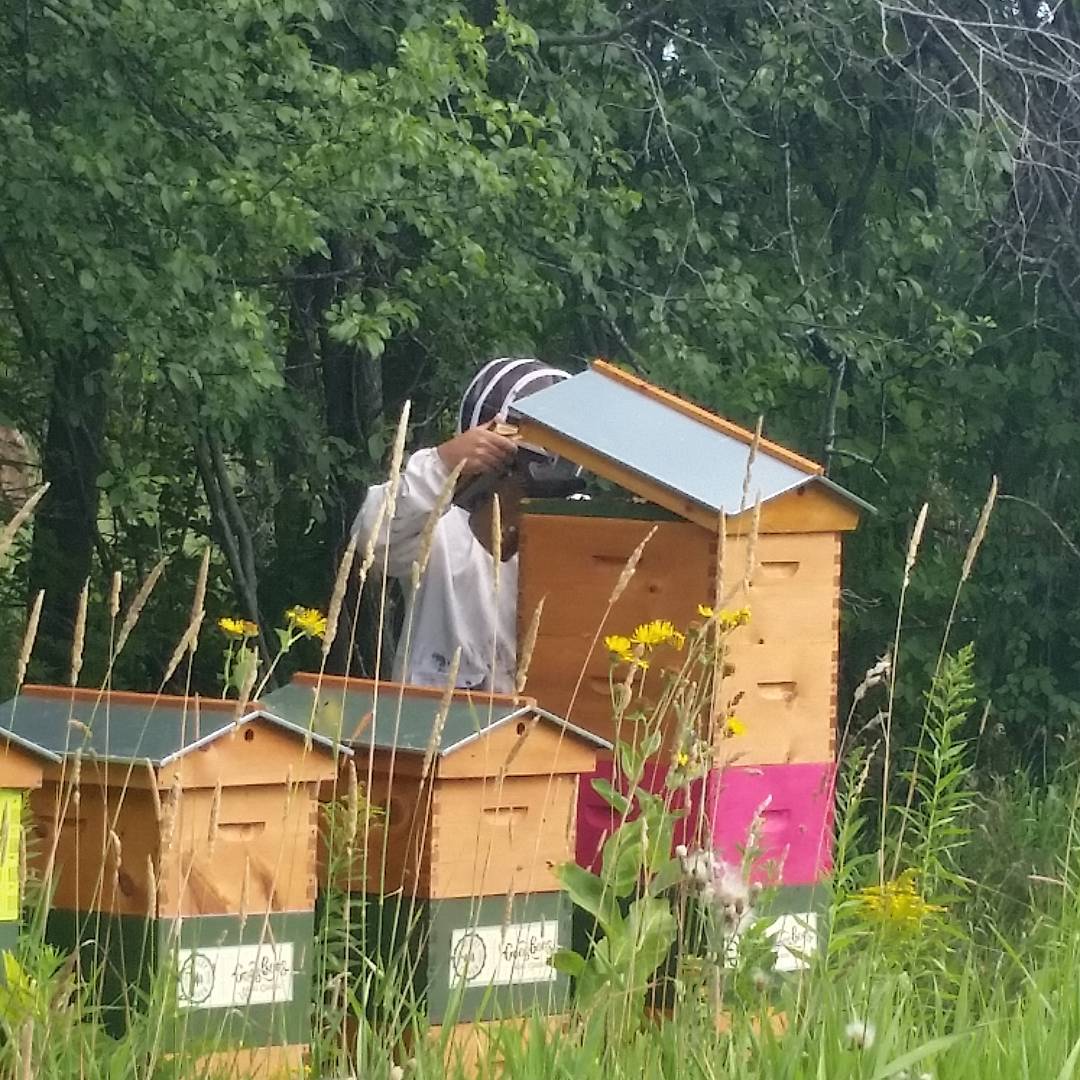 This is the Gees’ end game. Their vision is to see 1000 beekeepers with one beehive instead of 1000 beehives with one beekeeper. Yet, as the industry amalgamates, fewer people have any idea how to care for a hive, or what to do if one shows up in or near their home. With beehives better spread out throughout a city, instead of clustered together in one place, the Gees say the bees are safer from passing diseases between colonies, they experience less stress, and even their honey tastes better.

Whether they choose to keep the hive or not, hosts are given 24 jars of honey unique to their neighbourhood. Unlike big-brand honey found at the grocery store, each smalltime beekeeper’s honey will taste a little different. That’s because the pollen the bees use to make the honey always adds a different kind of flavour. The honey can taste like wildflower, green apple, or melons, depending on where the bees were when they gathered the pollen.

Despite the unique flavour of the honey that’s handed out to the bees’ hosts, the Gees say the real gift we get from bees is pollination. Someone might eat honey every once in a while, but there’s a good chance that you’re eating several kinds of fruits and vegetables every day that depend on the bees’ service of pollination.

As one could imagine, Ottawa breeds sturdy bees for getting through the winter. Beehives are wrapped in November to withstand the climate, then the bees cluster together and shiver their flight muscles to stay warm. Beekeepers leave enough honey inside for the bees to sustain themselves through the harshest months, and hope that most of the colony will still be there in the spring. With Canada’s harsh winters, and the struggling population, many of our queen bees are ordered in from countries like Chile and Australia. Although necessary for burgeoning Canada’s bee populations, the bees aren’t bred for the climate and many die during the winter. 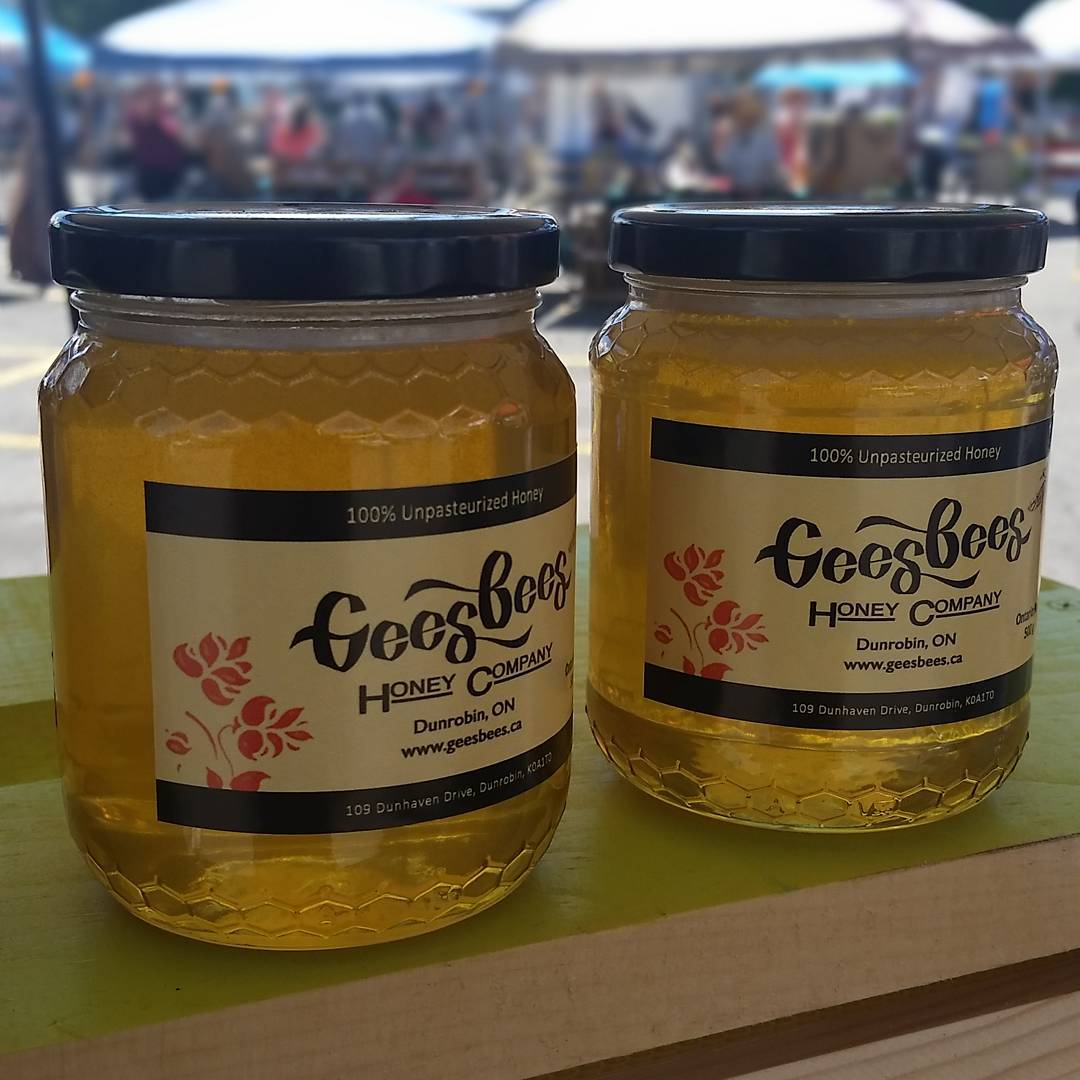 Luckily, honeybees are very reluctant to use their stingers, so we can only benefit from giving the population a little help.

On any particular visit to a garden, bees tend to pollinate only one type of plant. To make sure bees can visit your garden regularly, plant a variety of colourful plants in dense patches of your garden. The patches will make it easier for the bees to find the same plant, and including a variety of flowers will ensure that some plants are in bloom while others aren’t in season.

Many of the plants we consider weeds provide a huge source of food for honeybees, depending on the season. Once released from their hives in the spring, for example, bees flock to dandelions for their nectar and pollen to start building up their food stores again. Likewise, ditch flowers like aster and golden rod help bees build up their stores before winter. Consider leaving those weeds be on your property, for the benefit of all your other purposefully-grown flowers.

Most people don’t know that many beekeepers would be happy to receive a call from someone who’s just found a hive in their home. Instead of exterminating, contact a beekeeper to relocate the hive and take care of it.

Unfortunately, many large-scale beekeeping operations involve taking more honey from the bees than the hive needs to survive the winter. Beekeepers replace the honey with corn syrup to keep them alive, but the artificial source of food causes stress and poor health for the bees. Local honey is more likely to be ethically sourced, and most small-scale beekeepers welcome questions about honeybees themselves and the art of beekeeping.